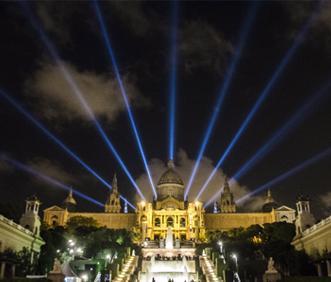 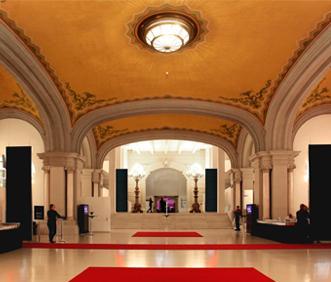 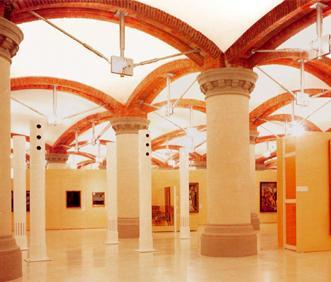 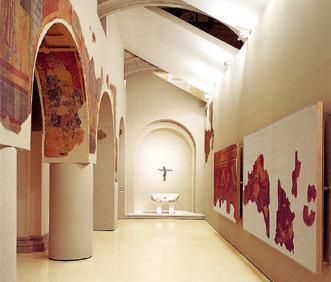 Barcelona’s Palau Nacional, designed in 1929 by architect Luis Domènech y Montaner for the World Fair is a fine example of the eclectic style that was in vogue at the time. It houses a museum of works, ranging from Catalonian art right up to works of the 20th century avant-garde. After the renovation and normative adaptation which began in 1985, newly furnished spaces displaying the Romanesque and Gothic collections are now open to the public. Architect Gae Aulenti based her renovation project on the old concept that “architecture, lighting, materials and spatial perception are designed to provide an animated setting, in which a single and never-to-be-repeated game can be played out”. The lighting fixtures - as old as the building itself - were restored and revamped by incorporating the latest technology in light sources. This exhibition of works from the Romanesque period was lit up with indirect light cast by projector lamps, fitted with metal halide bulbs, and incorporated into the large supporting elements positioned on the beams running across the rooms. All the spaces housing the Gothic collections were visually unified by a lighting system using “Semaforo con Palio” fixtures: a couple of extremely low-voltage projector lamps provided both the general lighting of the premises and the direct lighting of the works. The huge frescoes from the Romanesque period, repositioned in apses visible 360° around and openly flaunting their origins, are lit from below by “footlights” fitted with halogen lamps and incorporated reflectors, designed to recreate the original lighting effect of candles.