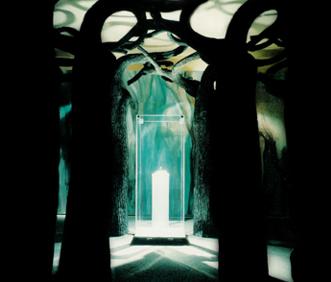 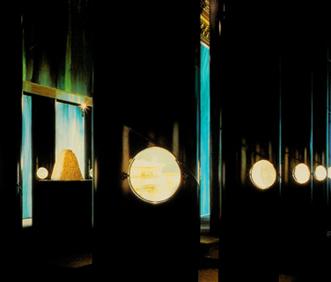 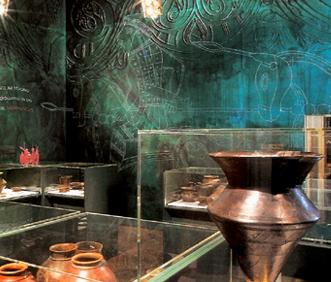 The Celts left behind important historical remains and had a large influence on those characteristics of the Italic civilization that didn't come from Greek-Roman traditions. Visitors were amazed by the fascinating iron and bronze weapons, exceptional golden jewelry and celebrative and funerary decorations, by the connection between forms and materials, proof of the work and intelligence of humankind and its growth. Among the exhibition goals is an attempt to define a common root for the Europe of today. The Celts in fact, despite having spread all over the continent (or maybe because of it), managed to retain a common identity based upon language, religion, military art and artisanship, thus marking the beginning of contemporary Europe. Gae Aulenti’s exhibition setup was undoubtedly innovative, developing along an itinerary that managed to present an intriguing “historical account”. The success of the project was based on a phenomenon that was apparently imperceptible, but which is indeed a leitmotiv in the exhibition: the careful control of visibility, handled through the intelligent use of light. The lighting system of Palazzo Grassi was the answer in this quest.