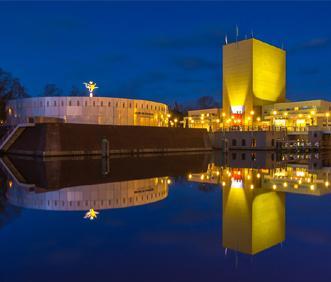 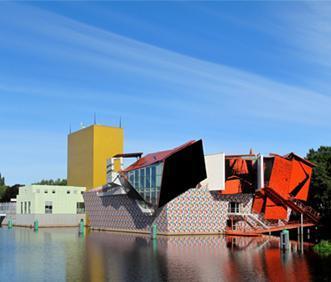 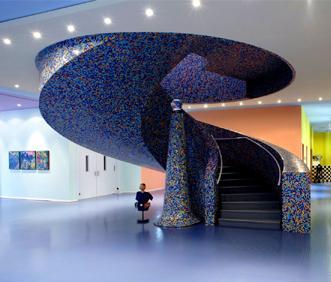 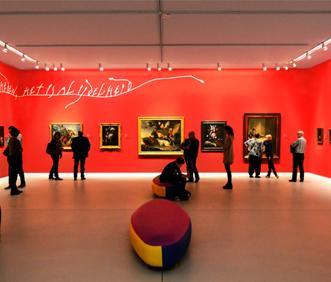 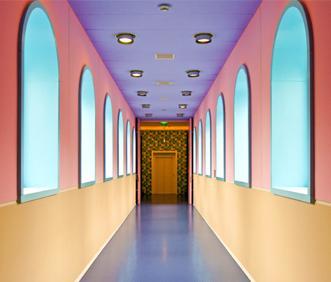 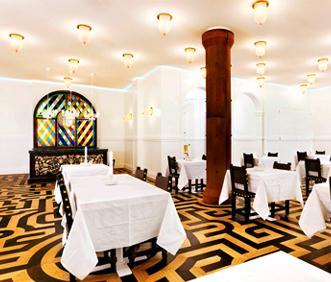 The museum has been built in the spot where the bridge crosses the canal, forming the shortest possible connection between the station and the centre of the city. Every year 1,800,000 people pass over the bridge: the position of the museum is therefore comparable to that of a department store on a shopping street. Mendini’s design of the complex met the needs of such a space: on one side two pavilions present archaeology and oriental ceramics, while on the other side three pavilions are dedicated to temporary exhibitions of visual arts from the past and present. The central building houses the general services: the entrance, the museum shop, the café, the auditorium, the educational classrooms and the offices. In the performance of an opera each scene has its own set and lighting. Following this same principle Mendini decided that only artificial lighting would be used in the spaces housing the collections and temporary exhibitions: this offered more flexibility for changing setups compared to what would have been possible in spaces lit by daylight alone. The possibilities of artificial lighting are by now so varied that a number of specialists worked to obtain the desired contrast. Mendini incorporated light fittings by Hans Hollein for the temporary exhibitions and contemporary visual arts; Piero Castiglioni specially designed the lighting of spaces such as the entrance hall, the stairways and the auditorium. Stark designed his own lighting; De Lucchi worked collaboratively with Roberto Ostinelli; François Morellet was invited to design the neon ceiling in the entrance hall. However, since the need for diversity was greater than the need to strictly follow the rule of using only artificial lighting, Coop Himmelblau was also asked to design the lighting of a pavilion using daylight. Together with the four artificially-lit floors, the museum thus also offers at least one space lit using daylight, further adding to the variety expressed by and throughout the museum complex.