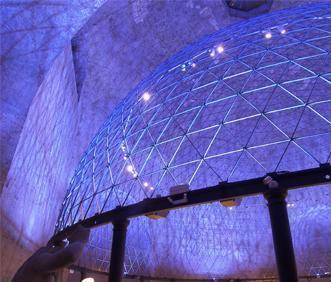 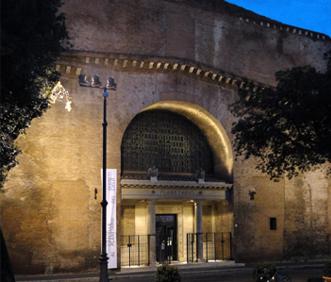 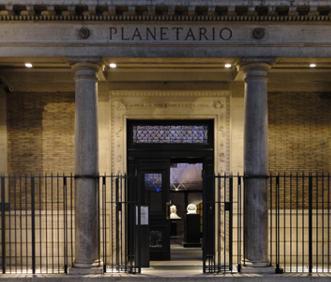 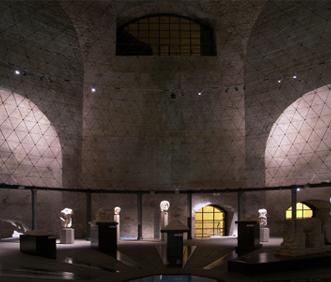 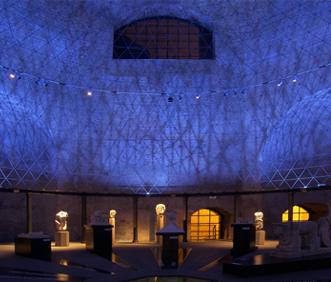 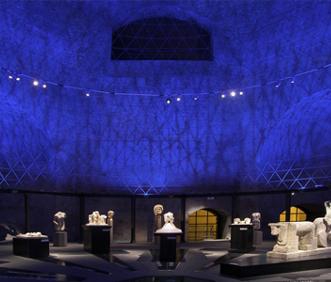 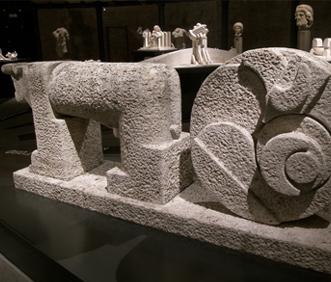 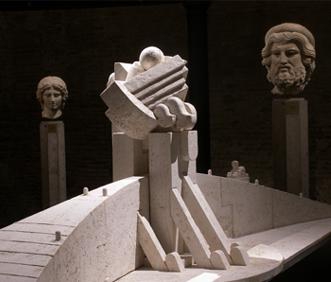 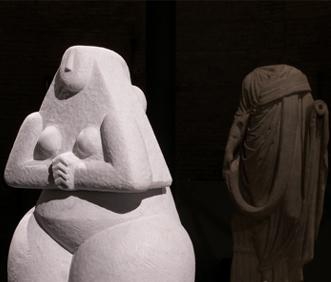 The 'Aula Ottagona' is part of the great thermal system commissioned by Diocletian in the 3rd century AD. With an octagonal floor plan, it is surmounted by an imposing dome (23 meters in diameter), while its glass floor reveals the historical stratification of remains from the Late Republic and seventeenth century. An iron structure of small columns traces the perimeter of the hall and holds up a geodesic dome. Between 1928 and 1980 this space housed a planetarium. Several statues from ancient thermal baths - busts and sculpture groups- are permanently exhibited in the hall. The new project retained the existing electrical wiring and avoided intervention on the architecture. It involved the lighting of both the Aula and any exhibitions held within it as well as the complete removal and substitution of all existing fixtures with models of contemporary design and technology. The projector lamps used to illuminate the dome are clamped to the iron column structure, while projector lamps on electric rails attached to the geodesic dome are used to light up the permanent collection and any temporary exhibitions. A DALI control system allows for dynamic lighting and variations in lighting scenarios through the regulation of light intensity from the ground and the recording of sequences to turn on and fade out the lights.