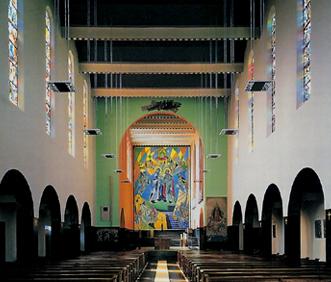 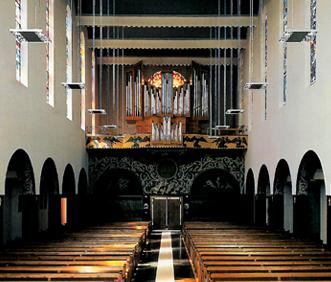 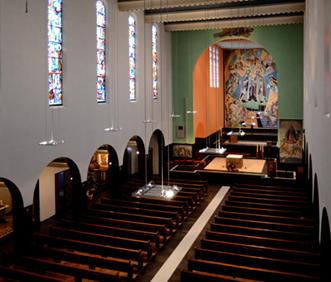 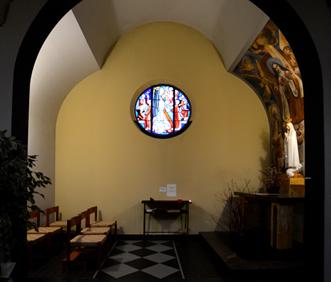 Built in the 1930s by architect F. Dumas de Ramont, St. Peter’s Church is an example of a total work of art: the architecture, decorations, paintings and glass windows are all the work of contemporary masters. The brightly-colored church, consisting of three naves covered over by small, decorated rib vaults supported by pillars, stretches without a transept to the deep, bright chancel decorated with a large mosaic by Gino Severini. The large Mingot organ stands out against the gilding of the tribune. The central nave and the congregation are illuminated by large suspended fixtures - clusters of adjustable lamps mounted on metal frames - which light up the congregation, the architecture and the perimeter glass windows. Fixtures installed on pillars in the lateral naves light up the architectural space and the public with frontal, diffused lighting from the ceiling. A beam was positioned at ceiling height, out of the sight of the congregation to hold sets of projector lamps that would evenly light up the altar, the ambo, the baptismal font and Severini’s mosaic.