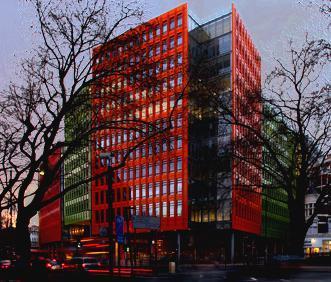 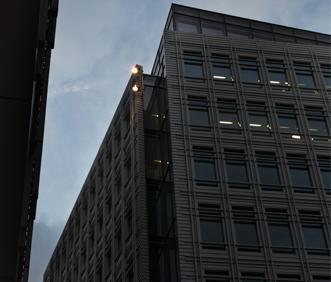 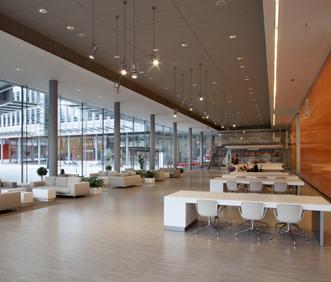 The multifunctional complex Central St. Giles is integrated into the London district of Camden, an articulated urban mosaic of old streets, traditional urban blocks and modern buildings. The scheme is made up of complex volumes and of a combination of facets characterized by their materials: glass, steel and ceramics in different colours that change according to the light. Commercial units, restaurants, offices and apartments surround a broad central courtyard. This square hosts an array of social life and enhances the urban identity of the site. It is visible from each building through the large, 6 metre high glass façades of the ground floor and accessible via five different passageways. The lighting design of the courtyard caters to the architectural design. The public spaces of the double-height ground floor on the perimeter of the whole complex are illuminated by suspended projector lamps that provide general and specific lighting to the spaces. The light emitted to the exterior of the large glass surfaces forms a sort of luminous base, disconnects the buildings from the ground and visibly amplifies the space in the square. Meanwhile projector lamps positioned beneath the eaves, out of sight, provide the general lighting of the space and produce a light-dark contrast and shadows similar to those seen during daylight hours.