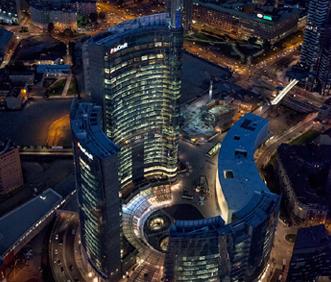 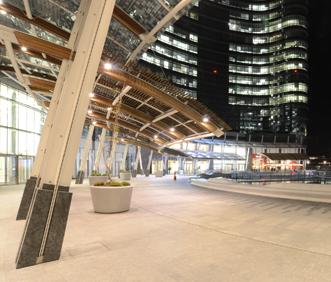 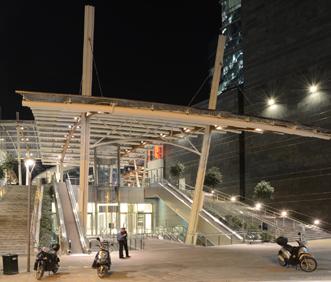 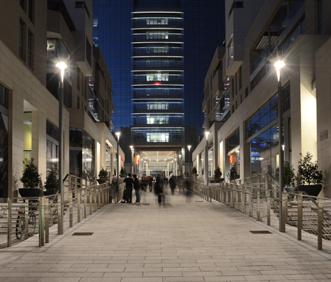 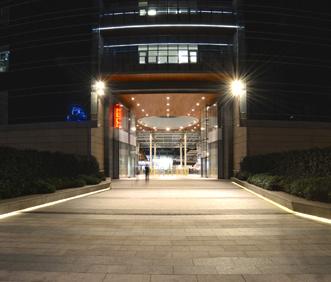 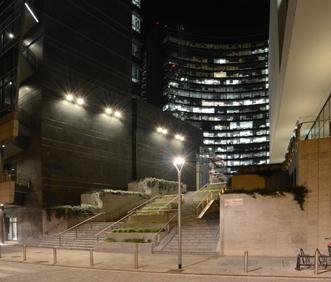 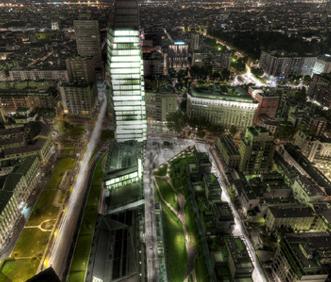 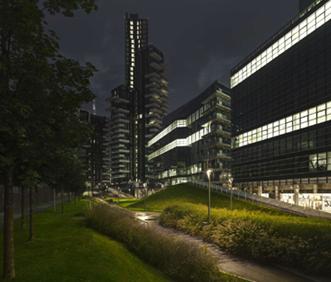 After many years of neglect, the Porta Nuova area bordered by Via Melchiorre Gioia, Via Amerigo Vespucci, Via Galileo Galilei and Viale della Liberazione has become the subject of general urban transformation: squares, gardens, public and private car parks, cycling tracks, buildings and towers for homes, businesses, exhibitions, cultural initiatives, hotels, private, public and government offices, areas of general interest and communal services. Both public and private roads have been moved below the ground and new subway and railway lines have been created. Much attention was given to the materials (recycled and recyclable raw materials), the quality of the interior spaces and the lighting. Each area is characterized by a lighting system designed in accordance with the urban layout, buildings and functions. The area is divided into three zones: Garibaldi - Varesine - Isola. Accessed via a large pedestrian street, (with vehicle traffic passing underground), the Porta Nuova Garibaldi area forms a visual telescope that points towards Piazza Circolare, a large fountain and the Pelli skyscraper. The architecture itself is used as a lighting system. The buildings, shelters, details and access points between one building and the next have become diffusers of light in the absence of visual obstacles or light posts that would have broken the grand perspective opening up towards the square and the central pool of water. The project was awarded the GOLD LEED. The Porta Nuova Varesine area features projects by various architectural firms. The diversity sought-after and achieved in the design of the public spaces meant that the lighting plays a key role in "binding the city system together". The choice was made to use the traditional and well-recognized urban system of light posts. The luminous rails form a second continuous, unitary system. The Porta Nuova Isola area contains residential buildings, a building for office use and large public parks. A lighting system of street posts, and devices integrated into the balconies of the buildings, has been installed to illuminate the apartment blocks.