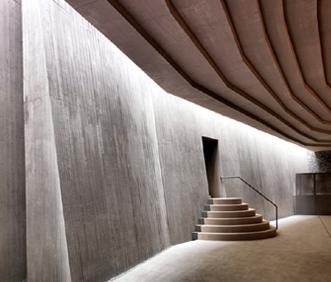 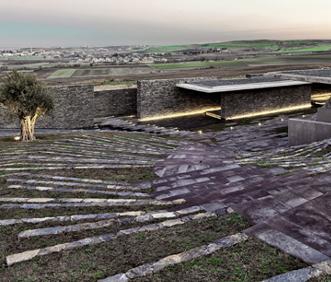 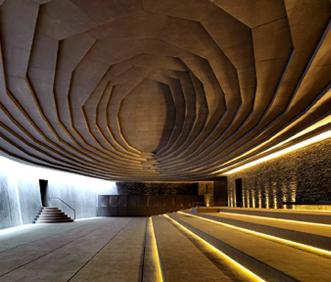 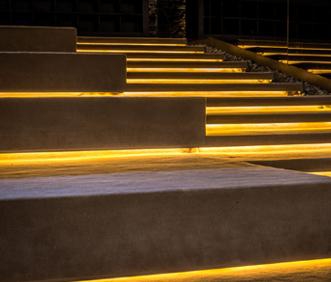 The building is located on a large expanse of grass separated from the surrounding suburban areas by a busy road. The semi-underground structure follows the contour lines of the land. The upper courtyard of the mosque, surrounded by high walls, represents a clear boundary between the chaotic world outside and the serene and sheltered atmosphere of the public park. The facade of the building is characterized by a long canopy extending into the park and is the only architectural feature visible from the outside. The mosque interior is a simple space resembling a cave, where stone alternates with concrete, maintaining a contrast between the artificial and natural. Incisions and fissures along the walls allow daylight to filter through. The lighting design follows the sober simplicity of the architecture, embedding lines of LED light into the architectural features. Recessed fixtures illuminate the longitudinal wall in the prayer room when the daylight has waned, maintaining a day-time effect by reflection.