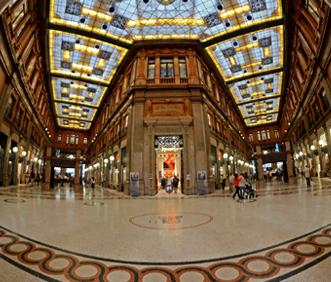 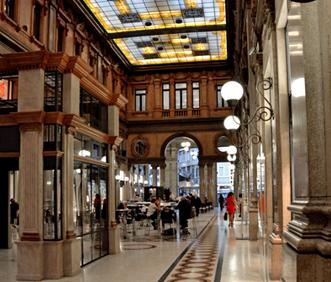 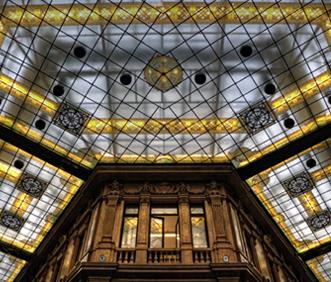 Colonna Palace is one of the largest and oldest privately owned palaces in Rome. It was commissioned in the 14th Century by the Colonna family, which has permanently resided there for eight centuries. The gallery’s facade overlooking Piazza Colonna is characterized by strong projecting architectural styles typical of early 1900s Mannerist architecture. A careful study of the original architectural and lighting design, together with the technological developments introduced over the years, led to the decision to maintain the overall conceived image. The restructuring of the gallery included the repurposing of the historical lighting units and the creation of a light canopy, followed by changes to the light sources for the interior lighting of the shops, better harmonizing them with the overall lighting design.