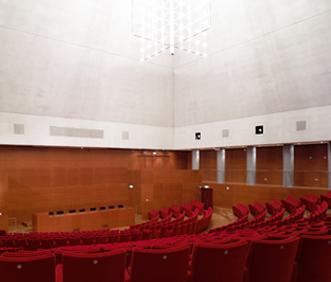 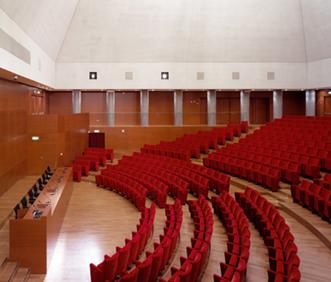 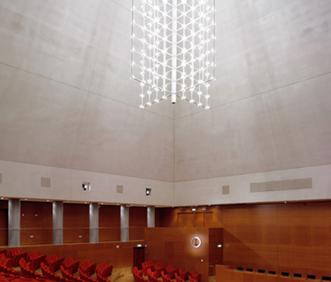 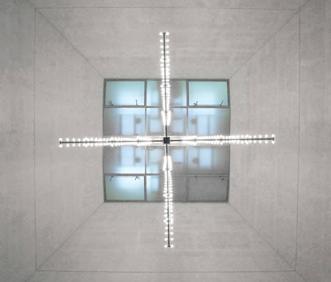 The new headquarters of the Banca Lombarda arose from a study aimed at finding spaces for residential and advanced tertiary construction. As the architect Vittorio Gregotti explained, it was to be a “situation on the border between public and private”, in which residential areas would coexist with public offices. The building appears as a hollowed-out cube 12 stories high. The volume is enclosed by three facades and circumscribes a large open courtyard facing the road and another cone-shaped volume housing two conference halls, independent from the rest of the complex. The two lateral wings of the volume are occupied by operational offices, while the perpendicular wall creates a backdrop for the large courtyard. For the corridor of the executive floor, the lighting project included a distribution scheme following the operational levels. The presence of numerous valuable paintings required the design to favor the illumination of the exhibition walls, enabling a better perception of the exhibited works and of the overall image of the space. The use of multiple optics equipment allowed the direction of the emitted light to be varied by simply changing the internal positioning of the optics. To light the auditorium, three scenarios were envisaged, which convey the elegance of the solutions created and the consistency of the values detected compared with the project’s lighting targets. The first scenario designed for the general lighting was characterized by a visually impressive custom-made suspension fixture made up of 440 halogen lamps and placed in the middle of the auditorium. The second was characterized by the specific lighting of the speakers’ benches, provided by lateral spotlights built into designated recessed niches. The third was the partial lighting of the hall through the lateral corridor with built-in fixtures.