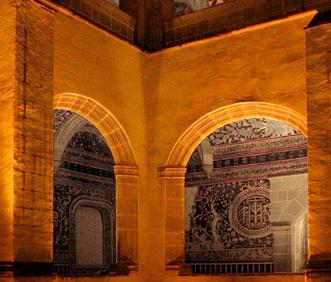 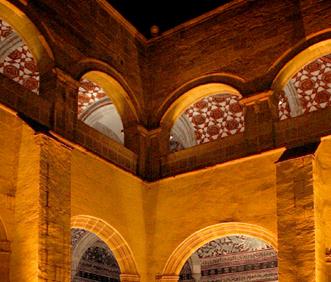 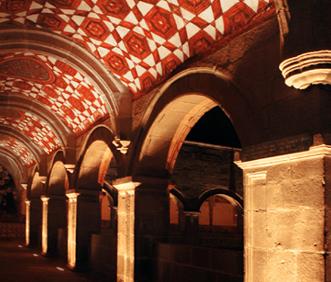 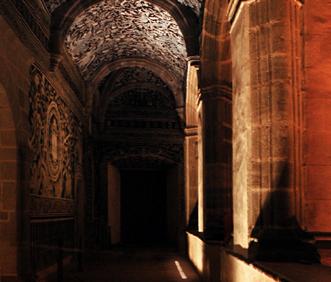 The convent of Malinalco founded in 1540 by the Augustinian order, also known as the convent of the transfiguration. On one side is the Church of the Divine Salvador, which unfortunately suffered damage in the 2017 earthquake, are located in the first square of the town hall of Malinalco. The complex plays a very important role in the process of evangelisation of the area. In particular, through mural painting, which is used for the adoption of the new religion. The paintings, a predominant feature of this architecture, can be seen on the four walls and in the vault of the cloister. They are divided into three themes: the first is an extension of orchards and gardens, where it is possible to identify the indigenous flora and fauna of the time, twenty-three indigenous specimens currently growing in the ecological zone of Malinalco; the second is in the Renaissance style and the third is based on Christological scenes referring to the Passion. The Architectural lighting design has the task of highlighting the frescoes, but at the same time maintaining their sacredness, integrating as much as possible with the architectural part. For this reason, linear lighting fixtures recessed into the floor were chosen. In this way the optical compartment becomes invisible and the light emitted allows a complete reading of the frescoes highlighting their shapes and chromatic perception. The light emphasises the architectural details of the cloister elevations, drawing the visitor’s eye inwards, towards the frescoes. Diffuse, homogeneous, soft lighting from below allows the frescoes to be read without the risk of glare. The project returns the complex to pilgrims through a complete reading of its architectural, pictorial and, above all, devotional values. Architect Piero Castiglioni has designed many Church Lighting and Places of Worship, such as the Sanctuary of St Pio Pilgrimage church and the Sancaklar Mosque.