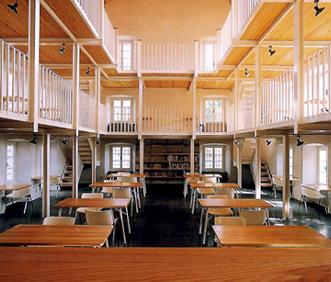 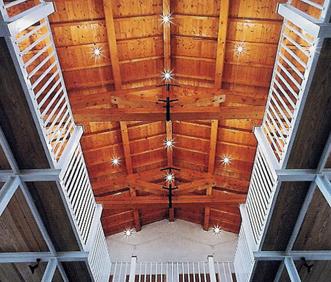 Located in the historic centre, the library occupies one of the many nineteenth century silk factories that fell into disuse after the end of World War II. As often happens in such cases, the space itself boasts an interesting structure: the building is rectangular with a weathered roof, featuring a large space with windows at different levels, once fitted out with shelves where silkworms were cultivated. The ceiling of the venue is high enough to put its vertical dimensions to good use: the simplicity of the whole volume and the undeniable fascination of such a big space prompted a project that maintained most of its original characteristics and was designed not to break up the spatial unity.