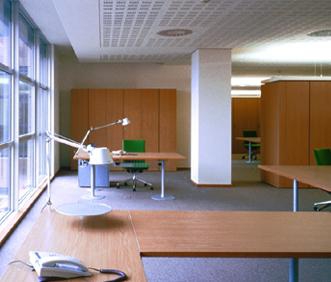 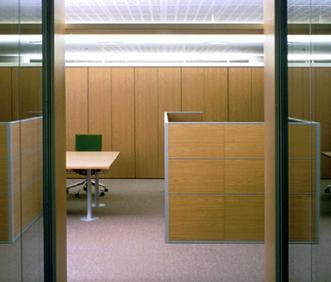 The new headquarters of Banca Popolare di Lodi were built on a huge disused industrial area near the railway station, helping to revitalize a significant part of the city’s urban fabric. The new architectural complex puts the main office block in contrast with the cylindrical structures that house the vaults and the auditorium. An internal walkway connects the covered central plaza, the porticoes housing businesses and the spacious green areas. The lighting project involved several levels of intervention, ranging from the urban scale, with the street lighting of Via Anelli, the outside car parks and pedestrian walkways, to that of work environments (open plan spaces and executive offices), and finally to the scenographic lighting of the auditorium. The choice of light sources and fixtures was dictated by the attention that had to be paid to problems related both to energy savings and luminance levels.