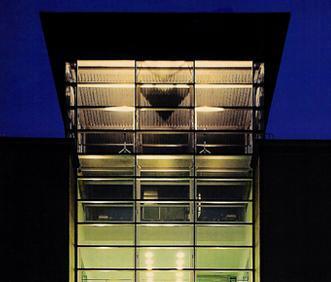 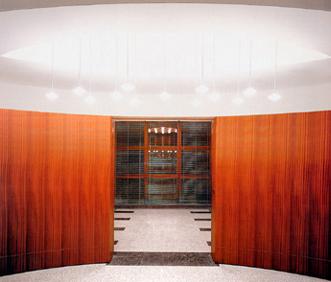 In planning its new headquarters Camuzzi Gazometri wanted to uphold the image of the city as a productive centre, a reality that Milan itself does not wish to deny. The industrial complex, situated on the important street Via Ripamonti, was originally closed off, with a single, large entrance from Via Lorenzini, as if the surrounding area had nothing whatsoever to do with the complex itself. The area was scantily developed and the railway was the element with the strongest presence: the productive context surrounding it lacked its own personality. The recovery of this disused area was therefore seen as confirmation of its productive nature, but also as a chance to introduce new ways of viewing this reality. Durability, transparency and technology were the guidelines of the architectural design. The lighting design also adopted these principles and decided to privilege the architecture and its volumes, using embedded fixtures almost exclusively, both in the ceiling and in the walls, to avoid encumbering the spaces with further items, and to keep them free from any elements that would have been added to and superimposed onto the building. The chosen light sources provide good color rendition, highlight the building materials, do not alter the colors and guarantee maximum visual comfort. The distribution of fixtures ensures homogeneous luminance levels in all areas, taking into account the functions and tasks carried out in each one and conforming to the regulations in force.