A Castle for the City 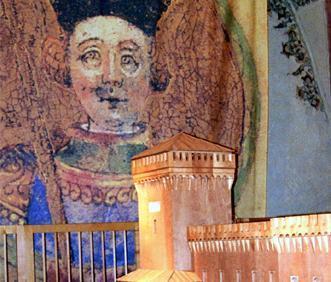 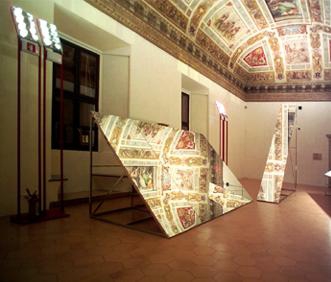 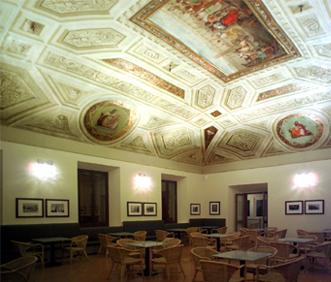 Recent and complex restoration work means that 50 rooms of the castle can now be visited along a narrative itinerary that starts from the Lion's Tower and unwinds through the prisons, the kitchens, the Gothic Rooms and frescoed Renaissance halls, the gardens, and the chambers of Alfonso I, ending up in the 19th century halls. The history of the building as a military stronghold, a Renaissance court and a duke’s palace and residence closely mirrors the history of the city and its surroundings, crossing paths with centuries of sociopolitical events in Italy and in the rest of Europe. The castle was a construction site for almost seven centuries. Its current architectural richness is the result of overlapping design choices and intended uses. The court of the House of Este had gathered a museum collection of significant value and size which has now been completely dispersed. The building is thus its own museum and presents the historical events it has witnessed. The decision to use a single type of fixture - the floor light “Cestello” and the wall, suspension and floor versions of the “Microcestello” - gives a unitary quality to the spaces, becoming an integral part of them and making the museum routes more recognizable. The reception facilities, ticket office, bookshop etc. on the ground floor and the café on the first floor feature wall fixtures (“Microcestello”) with light bulbs pointed towards the ceiling to provide even and diffused general lighting to the spaces. Internally, giant posters taken from paintings depicting members of the Este family are used as curtains in the exhibition halls inside the castle, while externally they are used to advertise the event. Explanatory bookstands, holding documents, coins, medals and books are all equipped with their own lighting systems of fluorescent tubes inserted into channels and protected behind prismatic glass. Specially designed “Cestello” floor lights painted red and varying in height, have been arranged to hold signage, explanations, fire extinguishers and emergency lights. These provide the general lighting of the halls, ceilings and any accent lighting of works and are present along the whole visitor itinerary.

Italy
Ferrara
A Castle for the City
General lighting