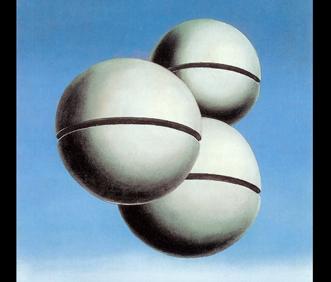 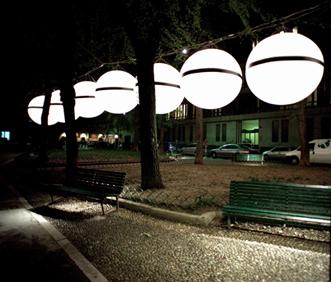 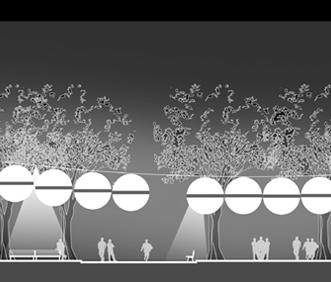 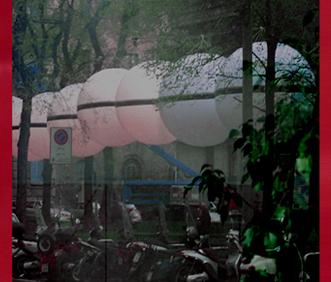 The square, which features a central garden crossed by tree-lined pathways, was named after Guglielmo Marconi’s friend Admiral Mirabello. Impressions of sailing and of continuously changing points of reference and cultural and scientific tools dictated the images to be projected onto one of the façades overlooking the square. These amplified the place in time and space and honored an enterprising figure who had contributed to modernity. The sphere is a shape that can be assimilated to stars - which have guided seafarers for thousands of years. A series of nylon spheres, 3 meters in diameter, inflated with air and helium and divided by equators, were suspended across the square. High-powered halogen light sources installed inside them evenly lit up the square and the elm trees, and highlighted the transparency of their branches. Average luminance values of around 100 lux meant that a dynamic effect could be achieved through the use of a dimmer, varying the light by +/-50% and producing a continuously rising and falling light wave. Small projector lamps, also fixed to the suspension cable holding up the spheres, cast cones of brighter light onto the benches, evoking the familiar image of a household armchair. A soundtrack of selected noises, composed by Emilio Galante, gave the spheres a voice and accompanied the movement of the light.