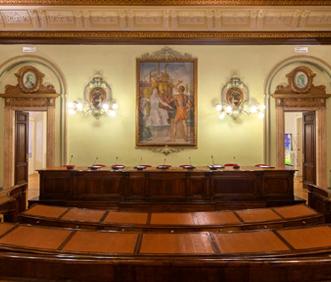 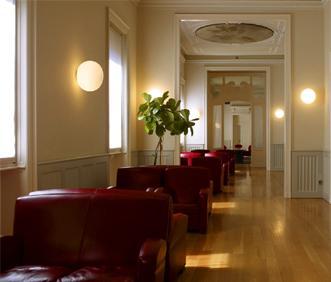 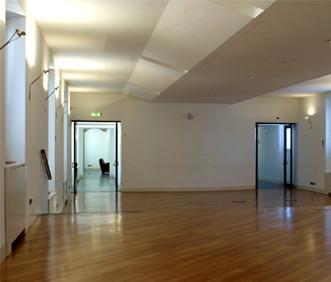 Philology, telematics and understatement: these are three key concepts needed to understand the transformation process undergone by Palazzo dei Giureconsulti in Milan, originally designed by Vincenzo Seregni in 1562 and owned by the Chamber of Commerce since the time of Austrian occupation. Philology: just as the remains of Romans wells in the basement have been saved, the Sala del Consiglio on the first floor, a 19th-century “mini-parliament” laid out in a wooden semicircle with classical friezes, has also been scrupulously restored. On the mezzanine floor, the Sala delle Colonne, whose Renaissance layout is still visible, has been converted into a conference room. The Sala Donzelli, on the first floor has kept its character as a 19th century “drawing room”, while the central staircase (early 1900s) was chromatically and decoratively interpreted to remain faithful to its origins. The lighting project followed the general design and its three key concepts. In the “historical” rooms period lighting fixtures were retained and fitted with technologically advanced light sources. In the newly refurbished spaces, fixtures of minimal visual impact, fitted with light sources of outstanding color rendition and that meet current standards, were installed. Small fixtures, such as iGuzzini’s built in “Laser”, the indirect lighting wall-mount “Calle”, “Semaforo con Sillaba” and “Canna da terra fiorita” (Fontana Arte), proved to be effective and discrete for lighting up the offices.