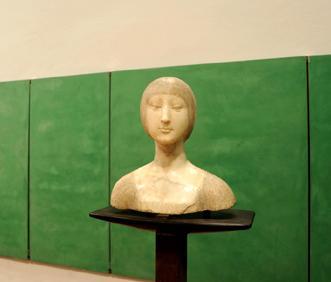 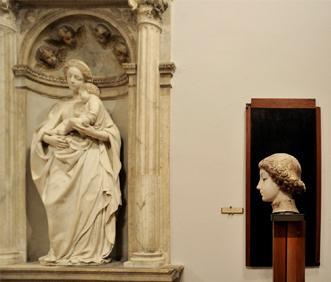 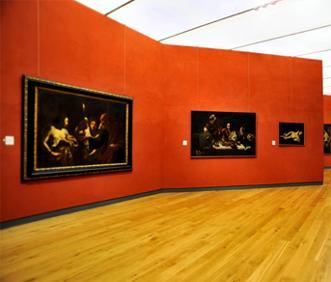 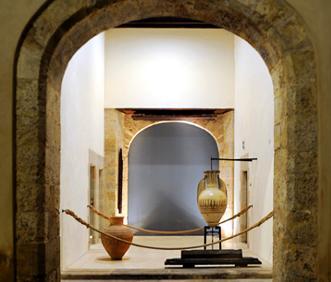 The patrician palace, designed by architect Matteo Carnelivari at the end of the 15th century, became the seat of a monastery in 1527, with the addition of a new internal church. After bombings in 1943, the municipality acquired it to house its medieval and modern art collections. In a very short time the 'Galleria Nazionale' was opened, on 24th June, 1954. Scarpa worked on renovating the façade, the structures and the organization of displays inside the museum, making each object the “summit of an imaginary view”. He studied the natural light coming in from the large windows, partially controlling it with heavy curtains to direct it obliquely onto the works and thus highlight their details. His project also featured fluorescent tubes - which were never implemented - to be hidden among the beams of the ceilings or in panels to be attached along the high edge, between the wall and ceiling. Scarpa’s original setup contributes to the history of museography and was retained during the recent refurbishment and regulatory adjustment. A new lighting system of custom-designed, adjustable wall and ceiling fixtures, fitted with halogen bulbs, now casts direct, diffused or directional light inside the rooms.