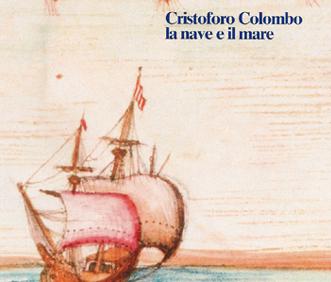 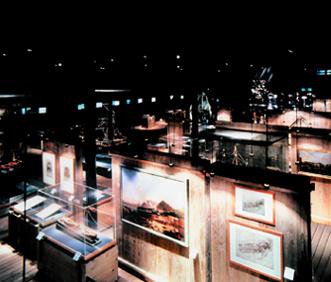 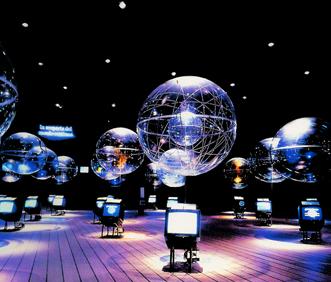 The exhibition was held inside the huge hold of the ship “Italia”, moored in the old harbor near the Ocean Aquarium. “It was decided that such an elaborate exhibition, whose topics greatly varied in nature, called for an extremely simple design intervention, that was however, capable of emphasizing the sensations, the beauty and the uniqueness of the objects on display. The exhibition route was a sort of guide that, beginning in the Aquarium building, entered the ship’s hold and terminated on its deck. The objects, placed on what looked like chests, were arranged according to the rules of "stowage". The tour started outside in the sunlight before descending into the darkness of the ship’s hold. The bigger objects or those of particular interest were set out in a more random fashion, and were kept separate from the rest of the exhibits on display due to their special value and in order to break up the rigidity of the rule of ‘stowage’ (Giulio Macchi). Inside the ship “Italia”, the exhibition featured a brief history of ship modeling, presented using thousands of scale model vessels; the world’s most valuable collection of naval jewels with ships made of silver, ivory and crystal; and charts and tools for navigation, terraqueous globes, paintings and figureheads. These emerged from the darkness of the hold, accent-lit by small floodlights fitted with extremely low-voltage dichroic halogen bulbs of varied beam emission.