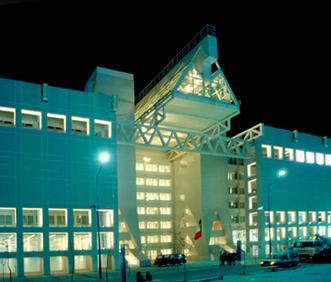 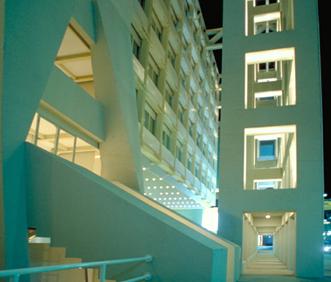 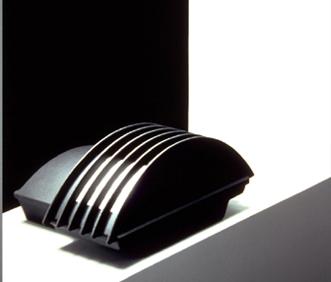 Italy took part in the Universal Expo of Seville with a large edifice built by Italsad and designed by architects Gae Aulenti and Pierluigi Spadolini: the interior consisted of a large central gallery as high as the building itself, with many smaller exhibition rooms arranged on various levels and on both sides of the central gallery. The building also housed offices, a hanging garden, two restaurants, and service facilities. In order to highlight the double structure of the façade, “Edge” lighting fixtures with controlled light distribution were placed near the front openings. The clear and sharp illumination of the vaults enhanced the perception of the interior façades through reflections. Sealed floodlights with halogen lamps directed at the glass surfaces of the “lumbreras”, the large covered arcade, illuminated the interior, casting plays of light and shadows onto the “sails” above them, making the palace appear to be a large lantern in the nightscape. Fixtures equipped with low-voltage halogen lamps and built into the false ceiling illuminated staircases and corridors: the high luminance levels (300 Lux) enabled the observer both to perceive the building as a whole, as well as identify the distribution of the large covered arcade (“lumbreras”) over various floors from the ground floor. Adjustable lighting fixtures, recessed or mounted onto rails and equipped with very low-voltage halogen lamps, lit up the exhibition rooms. The choice of the light beam angle (between 8 and 38 degrees), together with the positions and directions of the fixtures, supported the characteristics of each exhibition without causing glare.