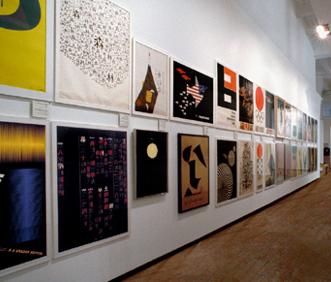 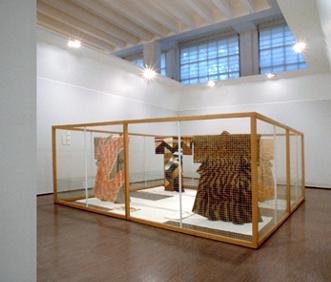 Among the wide range of products on display, some were completely unknown to us, as they were expressly designed for the Japanese market. The exhibition arose from the need to base the analysis of these objects on simplicity, clarity and design rigor, letting the objects themselves stimulate, excite and lead visitors to reflect. The goal was to draw attention to the place of origin of these precious exhibits without causing the evocative magic of the Japanese culture to be perceived as “folk”: an ironic off-scale remake of two lighting fixtures and of Japanese texts, reproduced on the walls, were the only two intentional acts performed in designing the exhibition, which was centered around large display areas featuring the same materials and dimensions. The “Cestello” lighting system, fitted with very low-voltage dichroic halogen lamps, made it possible to emphasize the objects on display and at the same time comply with the criteria of order and unity upon which the culture and tradition of all Japanese arts are based.