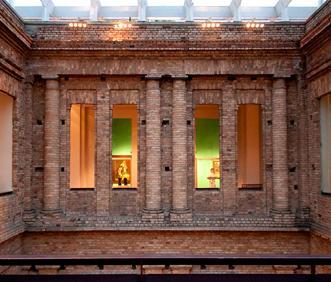 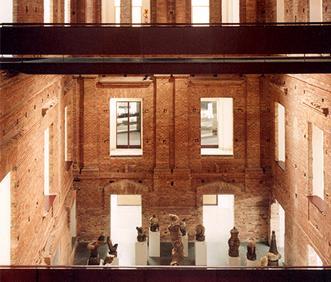 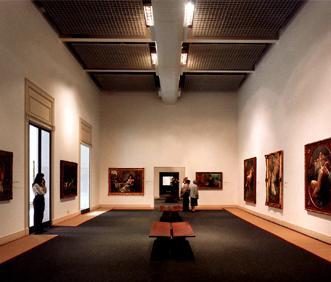 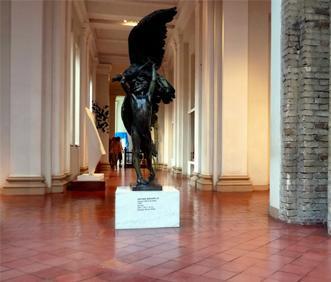 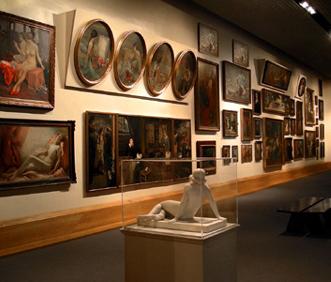 Built in the last decade of the 19th century to house the School of Arts and Crafts, the building was never completely finished. Over time, it had been used in the most diverse ways and the structure had deteriorated due to poor maintenance. The goal of the intervention was to adapt the building to the technical and functional requirements that would allow it to become the home of the State Art Gallery permanently. The originally open internal courtyards were covered over with flat skylights. The renovations allowed the spaces to be used in a new way. A new itinerary along the longitudinal axis of the building was designed to connect the two lateral courtyards. Finally, the museum entrance was positioned on the façade overlooking Praça da Luz on the southern side. The lighting project was developed together with the interior design: to integrate and conceal the lighting apparatuses in the architecture as much as possible and to give visual emphasis to the structures and materials found and recovered during the conservative restoration of the building. The corridors and galleries adjacent to the rooms overlook the courtyards, provide the museum's natural itinerary and house sculptures. The lateral courtyards, crossed via metal walkways, and the large central octagonal patio receive daylight through the transparent covering and are designated to host events and temporary exhibitions. The gallery’s director requested a lighting design that would favor the vertical planes using uninterrupted, homogeneous and controlled illumination for hanging both large and small works. “Cestello” fixtures were chosen for the lighting of all display areas: this system is extremely flexible and permits the adjustment of light beams between +/-45° angles in relation to the horizontal and vertical planes. The sources are extra low-voltage 100W halogen lamps with built-in optics, color temperature of 3000K, continuous emission spectrum, variable beam angle and an average lifespan of 3000 hours. The vast entrance lobby is lit by two large cylindrical “Cestello” fixtures (12 halogen lamps, 100W) with an additional lamp positioned in the lower part of the fixture to increase lighting towards the floor.